The Coastal Environments Research Group (PAIDI RNM 911), at Universidad Pablo de Olavide (UPO) in Seville (Andalusia, Southern Spain), is composed of a multidisciplinary team of Senior Researchers who have acquired a wide experience in different fields of natural and social sciences, and constitutes an excellent framework for those early-stage researchers who wish to start their professional careers through diverse Doctorate Programs.

The Coastal Environments Research Group is headed by Dr. Fatima Navas, who acts as a Senior Lecturer at UPO, and is formed by five (5) Senior Researchers, five (5) Young Researchers (two [2] PhD, two [2] Pre-Doctoral Researchers and one [1] GIS Technician) and two (2) Early-Stage Researchers.

The research lines being currently carried out within the framework of this Research Group are varied in nature and scientific discipline, comprising the coastal geomorphology in its broadest sense, the influence of the morphodynamic environment on the sediment dynamics in the beach-dune system, the comprehension of the sediment balance between the earth crust and the littoral system, the modeling of coastal processes that act as a natural agent potentially responsible for causing severe socio-economic damages in heavily developed coastal areas or the use of environmental indicators to be included within the paradigm of the Integrated Coastal Zone Management (ICZM), among others. This group also investigates those legal instruments acting as a reference tool to understand the Territorial and Spatial Planning implemented in the majority of the coastal areas of the Mediterranean Basin over time, and participates in the creation and analysis of future scenarios combined with the use of the most modern technology toproduce spatial data and generate knowledge by sharing the outcomes obtained with stakeholders and coastal managers.

The main funding line which supports the scientific activity of this Research Group is based on the participation as Work-Package Coordinators and Leader Partners in a wide range of National and International Research Projects funded by the Spanish Government and the European Commissionrespectively. The International Projects within which the Research Group has been involved since 2010 are described below:

FLOOD CBA # 2 is a project funded by the European Commission that aims to establish the most appropriate protection measures in areas most prone to flooding. This initiative is driven by a consortium of entities from Greece, the United Kingdom, Portugal and Spain, including the Ministry of Environment and Regional Planning of the Junta de Andalucía.
Funded within the framework of the Civil Protection financier, this project is a reissue of the first FLOOD CBA initiative, which has already established a knowledge platform to analyze the cost-benefit of flood prevention measures.
The entities participating in FLOOD CBA # 2 are the Greek company SIGMA Consultants Ltd, as Coordinator, and as beneficiaries the Flood Hazard Research Center of the University of Middlesex (United Kingdom), the East Macedonia RegionThrace (Greece), the Research Center for Geography and Regional Planning, of the Nova University of Lisbon and the municipality of Amadora (both in Portugal).
The Spanish beneficiaries include the «Coastal Environments» department led by Fátima Navas, of the Pablo de Olavide University and the Environment and Water Agency of Andalusia, in coordination with the Andalusian Environmental Information Network (REDIAM).

EcosHAZ Project (Economics of Prevention Measures, Addressing Coastal Hazards is a project funded by the General Directorate of Humanitarian Aid and Civil Protection of the European Union and is made up of an international consortium of research centers and universities in Greece, the United Kingdom, Italy, Poland and Spain. The main objective of this project is to establish a knowledge platform on the use of cost-benefit analysis in the prevention and response to coastal risks due to hydro-meteorological events (flood and erosion) and oil spill accidents (oil spills).
Professor Fátima Navas, head of the research group «COASTAL ENVIRONMENTS», leads the work package called Task D «Implementation of Pilot Activities», where all project partners actively participate and co-lead the work package called Task B » Building the stakeholders’ capacity.

COASTGAP Project (CoastalGovernance and AdaptationPolicies in theMediterranean) is a MED project funded by the European Regional Development Fund (ERDF) and is made up of an international consortium of 15 partners, including regional governments and universities. After more than a decade of European projects dedicated to developing tools for coastal management, the goal of the COASTGAP project is to value, capitalize and transfer the most important results of these initiatives. The good practices promoted by this project are aimed at establishing new instruments for governance and management of the coastal areas of the Mediterranean basin, paying special attention to climate change, as well as to other natural and anthropogenic threats. The head of the research group «COASTAL ENVIRONMENTS», Dr. Fatima Navas, leads the work package 3.1 «Analysis and streamline of projects outputs». This work package forms the heart of the project, and in it the entire capitalization process of all Good Practices is coordinated, with all the members of the consortium participating actively. 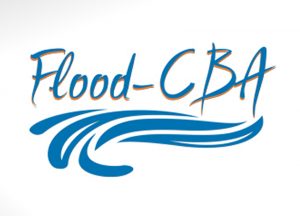 FLOOD-CBA Project (Knowledge Platform for Assessing the Costs and Benefits of FloodPreventionMeasures) is a project funded by the General Directorate of Humanitarian Aid and Civil Protection of the European Union and is formed by an international consortium of research centers and universities in Greece, the United Kingdom, Germany, Portugal, Romania and Spain. The main objective of this project is to establish a knowledge platform that can be used by all social agents involved in the use of cost-benefit analysis applied to flood risk management, taking into account the different socio-economic contexts that exist within the European Union.
Dr. Fatima Navas, head of the research group «COASTAL ENVIRONMENTS», leads the work package called Task B «BuildingtheStakeholders’ Capacity», where all project partners actively participate.

MEDINA Project (Marine Ecosystem Dynamics and Indicator for North of Africa)is a project financed by the Seventh Framework Program of the European Union. It is based on the monitoring of the Mediterranean marine ecosystems of North Africa. Among the partners are Morocco, Algeria, Tunisia, Libya and Egypt where, through case studies and indicators, marine ecosystems are studied, and where the aim is to train managers and end-users in the monitoring of these spaces. The project has a strong cartographic component, mainly associated with the use and interpretation of satellite images, which are shown through a shared Spatial Data Infrastructure integrated in the Earth observation platform known as GEOSS (Global EarthObservationSystem of System).

PEGASO Project (People for Ecosystem-based Governance in Assessing Sustainable development of Ocean and coast) is a project financed by the Seventh Framework Program of the European Union whose main objective is to investigate concrete actions to apply the Integrated Coastal Zone Management Protocol (ICZM) for the protection of the Mediterranean, of the United Nations. The research includes, for the first time, the study of the coasts, the sea and marine ecosystems, in a single research framework. The project, of which 23 international institutions are part, acts through the construction of a governance platform, the development of sustainability tools and the implementation of a Spatial Data Infrastructure in support of decision making.